Who Owns the Airline Messaging System? 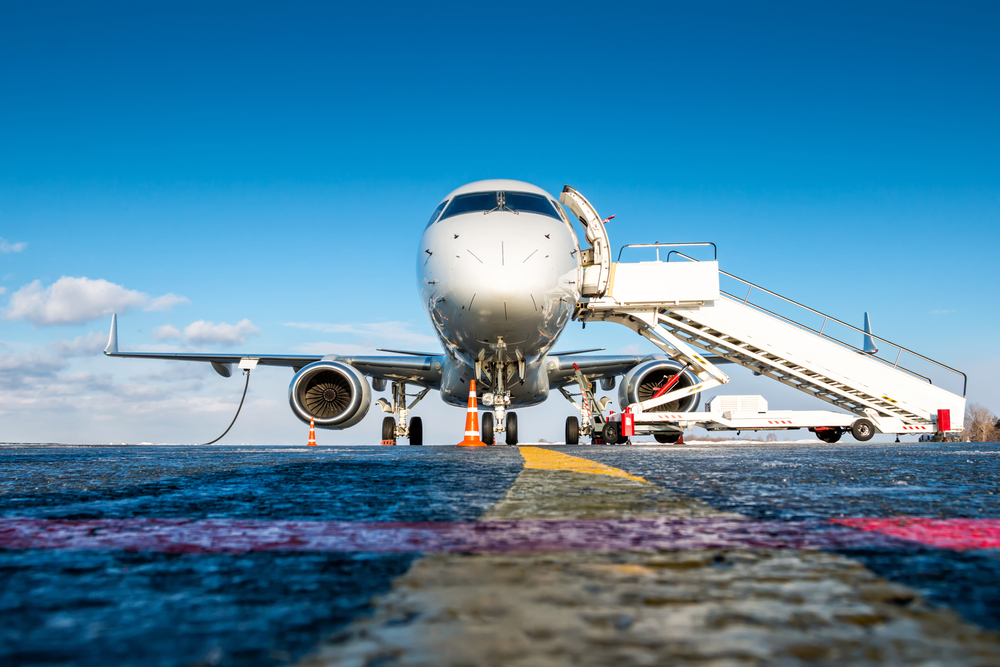 Airline messaging is a crucial component of the connected aviation ecosystem, supporting two of the most important elements of the industry: passenger safety and passenger experience. In fact, the data that travels back and forth in the connected aviation ecosystem enables everything from catering to on-time departures to communicating critical safety information—and so much more.

So how can airlines ensure that their airline messaging system is secure, effective, and reliable? And who in the organization is responsible for the system? IT? Flight Operations? Maintenance?

Connected Aviation Today recently spoke with industry experts to find out more about the importance of today’s connected aviation messaging and the best strategies for determining which area of an airline should be responsible for messaging systems.

When the aircraft enters the network

In the aviation industry, the connected aircraft is a critical component of the aviation ecosystem and network. It requires connectivity, translation of data, seamless integration, and automation.

Peter Fillery, Product Owner and Technical Account Manager of Collins Aerospace, told us that when airlines typically think about aviation messaging, they concentrate on air-to-ground messaging. But ground-to-ground messaging is also important to operations and ensuring data can be transferred from system to system. This data, Fillery said, “needs to be delivered in real-time.” In addition, he recommends minimizing the amount of human interaction, which often causes delays. Fillery stressed the importance of automation of the aviation messaging system when dealing with sending data from ground-to-air and back.

When the aircraft enters the network, “it needs to be thought of as another system on the network,” Fillery said. The biggest difference, outside of being in the air, is that all data dealing with this system must be delivered in real-time. “If there is a delay, then the data is no longer valid. The connectivity and the automation must be there,” Fillery.

Many departments across airlines produce data that needs to be transmitted to ensure passenger safety, passenger experience, and operational efficiencies. Everything from the initialization of an aircraft, delivering aircraft performance data for maintenance, to flight plan updates, aircraft performance, weather reporting, down to catering services reports can make an impact.

While each department feels that their department may be the most relevant– in truth – all departments’ data plays an equally critical role in ensuring the overall experience, safety, and operations of the flight.

Who owns the airline messaging system?

With IT, flight ops, and maintenance departments all involved in the connected ecosystem, it begs the question of ownership for the airline messaging system. Fillery said, “It really needs to be a holistic approach.” He explained that while every airline is different, in terms of management of the data and the systems, “it touches every aspect of the airline and aircraft.”

As such, Fillery stressed the importance of a cohesive strategy that is set by a C-level executive, such as the Chief Information Officer, who understands the overarching goals of managing and delivering data. This strategy then needs to be delivered and adopted by each department.

“Once that strategy is in place, there needs to be an owner of the system to ensure that there isn’t overlap,” Fillery recommended. That ownership, he said, also has a governance role to ensure the data is handled properly and that the right people can access and view the data they need.

Brittany Lemme, Product Line Manager, Messaging Applications for Collins Aerospace, has been involved in working with airlines, helping them with their messaging systems. She offers a few strategies and recommendations on how to best optimize airlines’ messaging systems and platforms:

“One of the biggest recommendations I have for airlines is to prepare for the best but expect the worst.” Lemme told us that there must be “a failover plan for critical systems.” Have a disaster recovery solution for ACARS. “When there is a 15 to 20 minute outage, it becomes a nightmare for the airlines when it comes to ACARS messaging.” Lemme stated that airlines are so dependent on the ACARS system and if it goes down, “every flight is delayed and it’s absolute chaos – guaranteed.” In general, airlines experience such reliability with ACARS that they simply don’t expect it to have an issue and many have never had an issue. And while the service itself has extremely high availability, issues can arise on the ground within an airline’s IT environment. On the rare occasion that happens, the staff aren’t trained or prepared to revert to a manual process (although manual processes should generally be avoided). In the event of an outage, the airline staff is the key to continuing their operations.

Another best practice that Lemme pointed out is “having the right people in the right role, including the experts within airline operations that are familiar with the systems and the data.” Training is a must and having vendor support is critical.

Finally, Lemme said that simplicity is key to success. “Keep the infrastructure simple,” she suggested. “There are lots of options and the technology is shifting so rapidly. Airlines need to pay attention to where they are housing all of the data. Is it on-premise, off-premise, or an airline’s own home-grown systems?” Either way, there needs to be a scalable strategy, where all the systems are integrated and can speak to each other, she recommends.

In the end, aviation messaging systems will always be critical to airlines. The technology is constantly evolving and experts explain that new types of data, protocols, and industry standards will continue to emerge. But the importance of messaging itself isn’t going to change. Lemme and Fillery both agree that the industry won’t get away from flight plan messaging or the content of the messaging. Going forward, it will be the same data that airlines have needed to operate for the past 50 years.