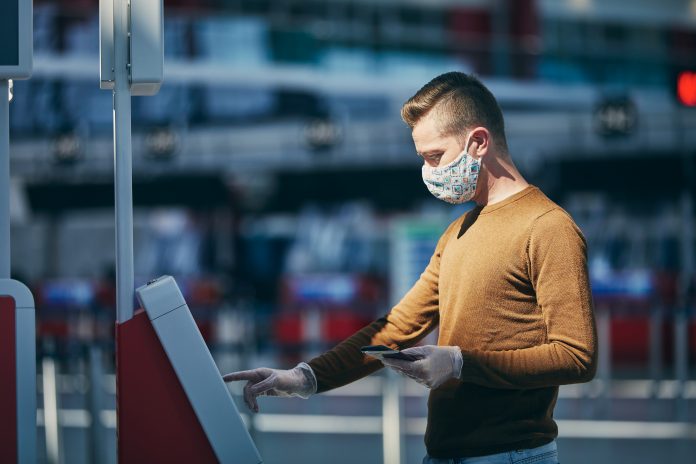 Editor’s Note: This article was contributed by Aeroclass.org, who offers online training courses for an array of aviation specialists. Here they focus on the importance of blockchain technology in airport operations for bag tracking, increasing operations efficiencies and collaboration.

Blockchain technology is an information storage system that is nearly impossible to hack, manipulate, or decrypt. The information is kept in the form of blocks, timestamped, and flows in a developing loop of data, which is sustained by a network of computers. Data cannot be changed or removed after it has been recorded in the blockchain system.

Stuart Haber and W. Scott Stornetta initially presented the decentralized blockchain technology in 1991, and it was first used in cryptocurrencies in 2008. Because of its dependability and high-performance data management, the system was quickly adopted in numerous industries throughout the world due to reliability, safety, and high performance.

Airports serve as the nation’s entry points, with hundreds of thousands of domestic and international travelers passing through each day. To keep people and equipment safe and defend the country’s overall security, multiple security checks and safety layers are implemented in airport terminals. Flight planning, covert missions, employment records, passenger data, air traffic data, financial data, cargo, and other sensitive information are all collected and used by airport authorities and contractors. For the safety of staff, passengers, equipment, infrastructure, and overall operations, it is critical to keep all information consolidated and confidential.

Tracking of baggage and cargo

Blockchain technology is an important tool for tracking luggage status and location, as well as passenger identifying information. The use of blockchain in air cargo will improve overall flight performance and speed up cargo delivery from point of origin to point of destination. The overall supply chain management of air freight will be more efficient as a result of this enhancement. The airline will utilize a tracking device and attach it to luggage instead of a luggage tag for real-time tracking, which will lessen the risk of losing luggage.

One of the most appealing aspects of blockchain technology is identity verification, as the data is immutable and difficult to hack. The implementation of blockchain for identity verification could promote better safety and security. Identity verification using blockchain will be advantageous for adopting contactless boarding and check-in at global airports, according to new COVID-19 laws and the FAA’s NextGen program. Since blockchain technology prevents data from being hacked, all details about tickets, biometric data, travel history, and medical history will be available instantly. This upgrade will significantly cut long lines at airports and total flying duration, as well as add an extra layer of protection to aviation operations.

Airports serve as a hub for airlines as well as a diversity of certain other companies that are either directly or indirectly related to them. This includes ground handling contractors, catering companies, regulatory bodies, the government, and air traffic control agencies. For operational efficiencies and on-time performance, these organizations must collaborate. Since the data is executed collectively using blocks rather than having distinct programs for separate parties, a blockchain is an essential tool for this application. For example, in a foreign airport, an airliner’s usual turnaround time is 40 minutes; delaying aircraft will result in fines and a loss of reputation. All stakeholders and participating firms will be able to acquire relevant information for enhancing on-time performance by utilizing blockchain.