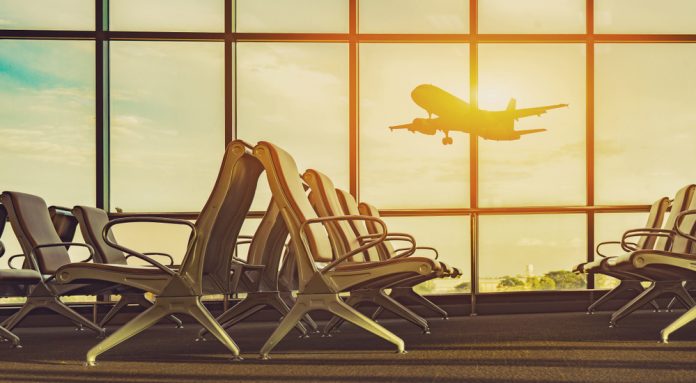 Next week, the aviation and aerospace industry will descend on the UK’s Farnborough International Exhibition and Conference Centre for one of its largest events – the Farnborough International Airshow. This annual conference and expo is an opportunity for the world’s largest airplane manufacturers to display their newest flagship aircraft, and for the companies that provide products and services to aircraft manufacturers and airlines to demonstrate their solutions.

However, the Farnborough International Airshow is more than just an opportunity to see the future of aircraft. It’s also a chance to experience what lies ahead for the larger aviation industry and explore the new technologies and solutions poised to revolutionize commercial aviation.

In this vision, airlines, flight crews, airports, and passengers reap the benefits of a connected, seamless, paperless passenger journey through the airport. Pilots enjoy the safety, convenience, and efficiency of a connected cockpit and next-generation applications. And airlines, airports and passengers alike get to experience a world with fewer flight delays and decreased uncertainty thanks to massive improvements in operations on the ground – including maintenance that starts while the plane is still in the air.

In the coming weeks, we’ll be sitting down with several experts from Collins Aerospace to take a deeper dive in to how connectivity, data sharing, and new technology can have a tangible impact on air travel. And we’ll be looking at three phases of commercial air travel: following the passenger’s journey through the airport, onto the aircraft, and en route to their destination–before looking at the technologies that will make seamless, efficient, and sustainable travel possible.

For our first discussion, we sat down with Tony Chapman, director of industry affairs, alliances and strategic initiatives at Collins Aerospace, to talk about connectivity and new technology in the airport. During our conversation, Tony laid out a vision for the airport of the future – one where passengers are guided effortlessly to their gate without having to repeatedly show proof of identity and other travel documents or keep track of a crumpled piece of paper.

Connected Aviation Today (CAT): We’ve all been to an airport, and we’re all aware of the process that we have to follow to get from check-in to our seats on an aircraft. How does the check-in and security process impact airport operations? How can it affect airlines? What impact does it have on the passenger experience?

Tony Chapman: Today, most of the check-in process is completed on the Web and via mobile device before the passenger even steps into the airport, but bag drop is certainly a process point that can act as a restriction. In fact, bag drop and security are the two major restrictions – or bottlenecks – in the airport that can delay passengers from getting airside, where they can relax, shop, and dine before boarding their flights.

These bottlenecks can impact airport operations by making passengers late for flights. And, if one person is late or takes a long time in either of these locations, the impact can snowball.

It certainly affects the passenger experience. No passenger wants to miss flights or experience delays waiting for other passengers to make their way to the gate. But it also impacts the airport itself.

There is a correlation between the amount of time spent in security and how much is spent in terminal retail stores and restaurants. If the wait time is too long, spending decreases and stress levels of passengers rise.  Not only does that impact the passenger experience, but it also impacts the airport and airlines. It’s not seen as good service.

CAT: How can biometrics change the way passengers move through airports? What would the airport experience look like if airports were to embrace biometrics?

Tony Chapman: I should begin by noting that for biometrics to be successful, they have to be embraced by both the airports and airlines because they impact all their systems. However, when both come together to implement biometric solutions, much of the process can be done by the passenger at home via their mobile device.

The passenger would enroll via their mobile device at home in advance of their flight. They would then share access to their biometric information with the airport and airlines. Once that biometric data is shared, the rest of the processes – boarding, baggage drop, security – could be much less “high touch” and require very little paper.

With biometrics in place, complicated processes that require passengers waiting in line to show an airport employee or government official their physical documents could be eliminated or expedited. Depending on the country of arrival and its particular rules, there may not be the need for long border control lines and passport checks.

Biometrics could also lead to other technologies and advancements that improve the passenger experience. Passengers could be identified by their biometric data upon entering the airport, allowing them to be seamlessly and individually guided to their next locations – from baggage drop, to security, to their gate of departure. This process could function to make the experience faster while eliminating frustration and confusion on the passenger’s behalf.

CAT: What impact would more readily available flight data have on this process? If the airlines had better visibility into their planes – both on the ground and in the air – and more transparency into flight status and timing, how could it impact the operations of the airport?

Tony Chapman: Integrating data feeds from Collins Aerospace’s FlightAware acquisition can give airlines and airports more predictability to the arrival and departure times of aircraft. And a clearer, more transparent picture of aircraft location and status can improve operations. Access to this data can enhance the operations of the airport because there wouldn’t be planes waiting in queue to take off or waiting on the runway with no departure windows.

“…bottlenecks can impact airport operations by making passengers late for flights. And, if one person is late or takes a long time in either of these locations, the impact can snowball.” – Tony Chapman

Accurate departure and arrival times allow airlines to predict better – enabling them to work out a defined, compressed schedule that results in more turns from the same gate. As a result, airports subsequently get more capacity from each departure gate. And, perhaps most importantly, passengers get greater predictability into their departure times because aircraft are more likely to be on time.

CAT: How would airline passengers benefit from these proposed changes? Can you walk us through how the passenger experience would improve or change?

Tony Chapman: In the future, with these technologies implemented, everything starts before the passenger leaves their home. They know their flight is on time because the airline and airport have improved flight status and aircraft location data. They’ve created their biometric enrollment on a mobile device at home or in their hotel. That’s all taken place before they even leave for the airport.

When the passenger arrives at the airport, they know the status of their flight and its projected departure time. The guidance systems applications on their mobile devices show them which path to follow and where to go based on their identity and the flight they’ll be taking that day. They’ll be identified as they walk in the door and guided to the baggage drop, where the system knows their scheduled flights and issues them a baggage tag. In the future, bag tags will invariably be a thing of the past, as well, but they’re still a part of the process today.

From there, the passenger proceeds to a predefined security appointment without a queue to pass through security. The passenger is no longer required to produce a boarding pass or passport because their information is already known via their biometric enrollment.

While they would still need to go through physical security screening, once passengers clear physical security, mobile guidance systems direct them to their terminal and gate where they are free to enjoy themselves before boarding. Any change to the flight would be pushed directly to the passenger via their mobile device.

“With biometrics in place, complicated processes that require passengers waiting in line to show an airport employee or government official their physical documents could be eliminated or expedited.” – Tony Chapman

When it’s time to board, they wouldn’t need to juggle their carry-on baggage just to show airline personnel their boarding passes or passports. The entire journey would be less driven by showing multiple paper-based documents to airline employees or security personnel. They wouldn’t have to worry about producing them at every touch point.

CAT: What would this mean for flight crews and pilots? What impact would it have on their jobs and their experience?

Tony Chapman: There are two benefits for flight crews and pilots that would make their lives easier and increase efficiency.

First, they would also benefit from biometrics in many of the same ways passengers would. Biometric processes could be applied to staff going through security points, could guide them to where they need to be in the airport, and could generally automate much of the process of getting from the airport door to their departure gate.

Second, if flights arrive and depart as predicted, pilots and crews have more transparency into where they need to be and when. This would allow them to optimize their pre-flight activities and make their lives easier.

Tony Chapman: By integrating flight data with the airport’s building management systems, airports can optimize building management based on predictions of flight crew and passenger traffic. For example, if no flights are scheduled to come through a part of an airport for a period of time, the air conditioning or lighting could be turned down to reduce energy consumption, and help the airport meet its net-zero efficiency targets.

“There is a correlation between the amount of time spent in security and how much is spent in terminal retail stores and restaurants. If the wait time is too long, spending decreases and stress levels of passengers rise. Not only does that impact the passenger experience, but it also impacts the airport and airlines.” – Tony Chapman

CAT: How do airlines benefit from greater predictability?

For example, should there be weather en route, airlines can notify passengers far in advance and then reroute subsequent flights around that area. Or, if the airline knows a flight isn’t cleared to depart on time, they can delay the pushback to reduce time waiting on taxiways to reduce fuel burn cutting both costs and minimizing C02 emissions.

To learn more about the benefits of the Connected Aviation Ecosystem in the airport, click HERE.