The Rise of the African Connected Aviation Market 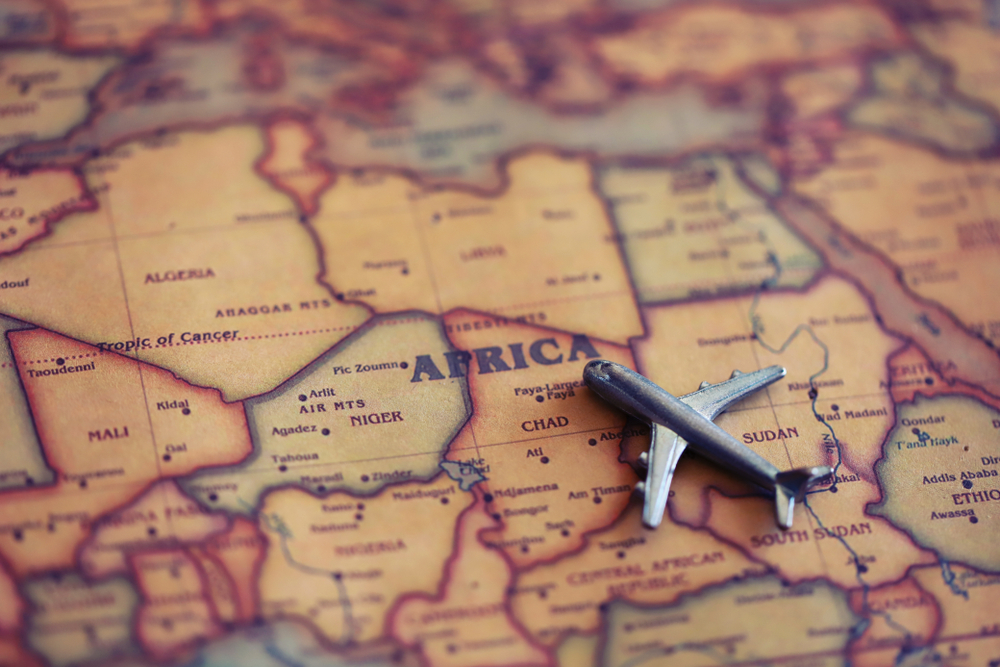 Air travel in Africa is on the rise. According to the International Air Transport Association (IATA), it is predicted that by 2035, there will be a dramatic rise in the number of travelers from the current estimate of 77 million air travelers annually to 303 million. This places Africa in the middle of the top 10 of fastest growing markets in terms of passenger growth.

As Africa’s aviation market expands, so do the opportunities for airborne connectivity services. The editors of Connected Aviation Today reached out to Gurpreet Sidhu, Market Development Manager for Inmarsat Aviation, who focuses on the Middle East, Africa, and South-East Asia regions.  For the past decade, Sidhu has worked in the aviation market on key areas of satellite communications, in-flight entertainment, and managing complex connectivity programs in aviation. We asked Sidhu for his take on the growth of connectivity in the African aviation market and the opportunities it presents. Here is what he had to say:

Connected Aviation Today Editors (Editors): Tell us about the current African aviation market and where you see it moving in terms of connectivity.

Gurpreet Sidhu (Sidhu): Africa is on the move. African airlines are forecast to take delivery of almost 1,200 airplanes over the next two decades and are projected to double as the continent boosts both intracontinental and intercontinental connectivity. As well as this, Africa is already home to six of the world’s 12 fastest-growing economies and the long-term economic growth potential in Africa remains strong. We’re starting to see some of the well-established airlines in Africa adopting in-flight connectivity and as 2019 progresses, we expect to see the trend continuing in the region.

Editors: What are the key drivers for adoption of in-flight connectivity?

Sidhu: With aviation connectivity expanding across Africa and a rapid rise in mobile telecommunications on the ground, it is increasingly likely that passengers will want to continue using their devices onboard an aircraft. Considering Africa is home to 12 percent of the world’s population and makes up 20 percent of the earth’s landmass, in-flight connectivity represents immense potential for commercial airlines in Africa. We believe that air travel has the potential to accelerate economic growth and development in Africa, connecting both markets within and outside of the continent while opening up new ones, fostering further investment and innovation including tourism. We believe in-flight connectivity can be a valuable enabler in this development.

Editors: Are there any challenges that this market is facing as it moves towards embracing in-flight connectivity?

Sidhu: The most significant challenges in developing the continent’s aviation market now lie largely with the airlines themselves. To take full advantage of the opportunity, certain barriers such as market access, connectivity within the region, investment, and the high cost associated with travel must be removed first. Carriers in the region are challenged by lower load factors and higher costs than the world average: in 2016, African airlines contributed only two percent of world air traffic. Air traffic management and sub-par air safety standards are also issues to consider. Although there is very limited connectivity in this market, it could undoubtedly be better served in the future by more advanced products and services.

Editors: What do you see as the future of the African connected aviation market – any predictions?

Sidhu: Digital transformation touches every part of the industry and brings a diverse range of benefits to airlines from enhanced safety, to ancillary revenue generation, to reduced costs from connected operations. Where there are challenges, (i.e. infrastructure, visa liberalization, operations, and open skies) there are also opportunities. We predict that the future of the aviation market in Africa is bright. And as the only operator of a fully-owned and managed global network providing high-speed broadband to both cabin and cockpit, Inmarsat and partners are working with the airlines in the African continent to help realize their potential through connectivity.

What the Fastest Internet Connectivity Available Means for Your Business