When looking back at the history of aviation and aerospace, it’s clear that some very important women had a big hand in shaping the industry into what it is today. With role models  like Amelia Earhart, Sally Ride, and Bessie Coleman, it’s easy to understand how other women would be become interested in the world of aviation. 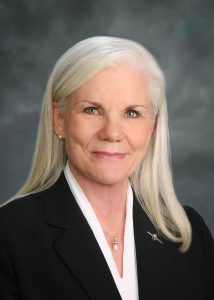 In recognition of Women’s History Month and the recent Women of Aviation Week, Connected Aviation Today sat down with Captain Mary McMillan, Vice President of Safety and Operational Services at Inmarsat, to talk about the defining moments in her career.

With her professional experience ranging from ranch owner to the first female standards captain at United Airlines to her current position with Inmarsat, Mary’s background offers several learning opportunities for young women in aviation. While Mary was introduced to flying in small aircraft with her uncle at a young age, there wasn’t a career path in aviation that was open to women at that time. Instead, Mary gravitated towards another career that was male dominated: ranching.  It was also how Mary piqued her interest in aviation again.

Who would have known that ranching would lead back to aviation? Listen here as Mary discusses how she stumbled upon her passion for flying on the cattle ranch:

Mary’s aviation career has been filled with twists and turns. She broke into the field as an aircraft salesperson, before having the necessary flight hours to pursue job opportunities with the airlines. Once she had the hours needed, she started as a crew member for a small startup airline and, within three years, became the chief pilot. In 1989, she joined United Airlines, where she became the first woman standards captain.

Listen to Mary talk about her experience as the first woman standards captain at United Airlines:

In her role, Mary wrote United Airlines’ first flight safety manual, which caught the attention of the FAA.  The FAA asked her to support it’s implementation of the its Air Traffic Safety Action Program – a voluntary safety reporting program for air traffic controllers.  The program was designed to create visibility into the operational aspects of the networked system, which has contributed to an almost unbelievable safety record for the industry.

It was the culmination of all that experience that led to the creation of Mary’s current position at Inmarsat Aviation – a role that brings  safety and operational professionals together to design, develop, and implement the next generation of aviation communication capabilities and standards.

We asked Mary about the defining moments of her career and advice she’d give others. Here’s what she had to say:

CAT Editors: Over the course of your career, there were probably several defining moments.  Can you share the ones that stood out for you?

MM: I think my time in the training center when I was a standards captain at United was one of those positions where when you are the first, you are more visible than you might otherwise be. You have to make sure that you’re a shining example at all times. I needed to guarantee that I was creating pathways for other women. It was something about which I cared passionately.

But beyond that, from a personal standpoint, I think any time that you try to teach something, that’s when you really learn it yourself. When you’re the one who has the responsibility bestowed upon you by the FAA to ensure that performance standards and safety criteria are maintained, that’s when you really learn it and take it to heart and make sure that you’re raising your own game.

In some cases, growth like that is not necessarily easy or fun, but it was incredibly important in terms of my own professional career and certainly opened other doors for me. That’s what led me into the flight operations duty manager position. At that point, you’re responsible for the entire airline from a flight operations standpoint and you really have to be knowledgeable. That’s extra time that you need to spend polishing your knowledge store, rather than your golf game. For me, that’s what was exciting and what was challenging and that’s what I really loved to do — but you have to make sure you have that level of dedication to it.

That standards captain position also led to working with the air traffic control community as well as the air navigation service providers. It’s a unique experience that I feel very fortunate to have had. Taking that position was one of those pivotal moments where I can look back and know by taking that fork in the road, it provided opportunities that might not have otherwise been available to  me.

Listen here as Mary reflects on her interactions with various peers in the aviation industry:

CAT Editors: As you look back, what moments are you most proud of?

MM: My time as a standards captain is certainly one. To feel like you’ve made a difference is extremely important. And it can even be something very small like successfully completing a Cat 3 landing or navigating your way around adverse weather to ensure your passengers arrived in a timely manner. Those little things matter.

It’s part of the reason that I’m here at Inmarsat now – it’s an opportunity to try to bring some experience and knowledge to this next generation of developing communication capabilities that only a few years ago we could only dream about. Like taking our SwiftBroadband-Safety platform and creating visibility and giving pilots tools that empower them to do their job better; being a part of that is something of which I’m incredibly proud.

CAT Editors: Who has been your biggest influence throughout your career?

MM: I have to say my mother. From a very young age, she always encouraged me to do things that interested me. I’ve been fortunate to find that my hobby is my job and my job is my hobby. I’ve always been able to work on things that I’m interested in and I definitely think that she influenced that to a large degree – it’s the way that she lived her life.

In terms of professional development, we talked about the mentors that I’ve had along the way. I think I found a mentor in almost every chapter of my career and I think if you’re seeking that, it’s there. Sometimes those mentors haven’t been particularly easy or fun to be associated with, but you learn and absorb the message, even though you might not be particularly fond of the messenger.

One of the other women that always inspired me is Dr. Judith Resnick. She was the second woman in space after Sally Ride. How she conducted herself in her personal life is what makes her a great role model. She also pursued those activities that really were of interest to her – she’s a classical pianist of some renown (I like to play piano, too). She flew and obviously became involved with the space program very early on at a very high level. She is somebody that I think exemplifies the kind of life that I’ve tried to live.

I also certainly gravitate to other women in this industry that have that same sense of shared excellence. They aren’t hard to find, which is really fun and something that I’ve found very satisfying about aviation. The people in this industry really have a common ethos.

CAT Editors: For other women who are in this industry or are looking to enter into this industry, what advice do you have for them?

MM: Do it because you love it and it’s going to reward you in many ways that you won’t even know until it happens. I couldn’t be more enthusiastic about encouraging people to become involved in this industry.

Mary shares her words of wisdom with women just entering the industry:

Mary concludes with a final thought about the impression the aviation industry has made on her:

To stay up to date on the latest trends and best practices in connected aviation, follow us on Twitter and subscribe to our newsletter. Do you know an aviation leader that should be featured in our Executive Spotlight series? Reach out to our editorial team at editors@connectedaviationtoday.com.