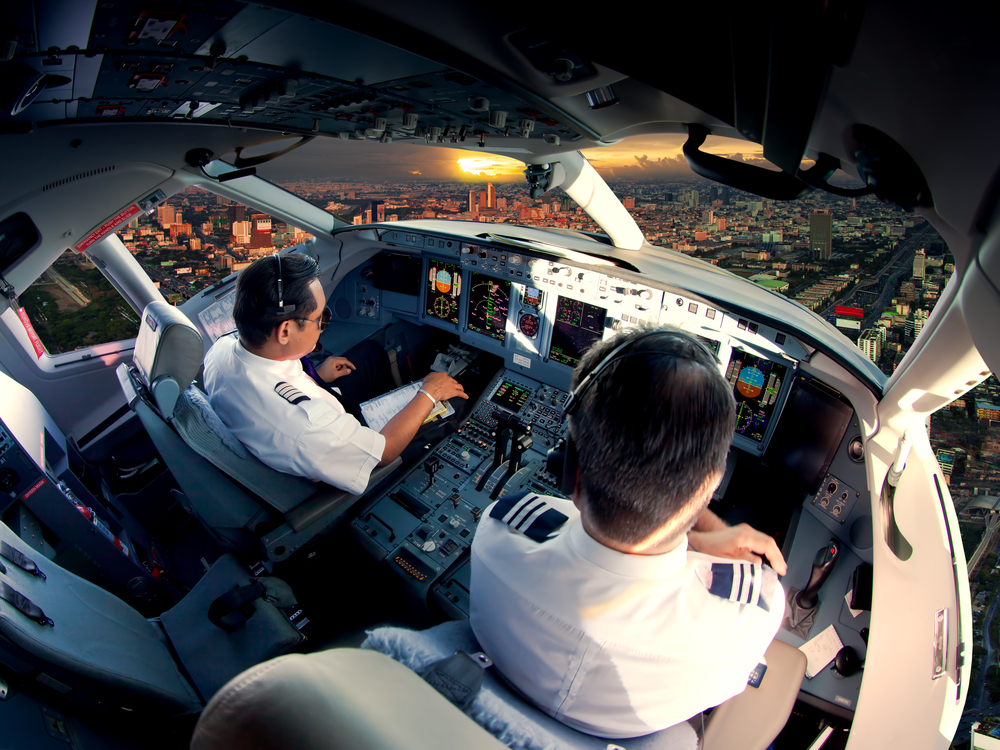 While in flight, data is delivered to and from an aircraft that requires immediate action. Within seconds, these communications help the pilot make critical decisions about things like the weather, flight path, and aircraft performance—which can significantly impact the safety, timeliness, and efficiency of the flight.

For decades, Aircraft Communications Addressing and Reporting System (ACARS) has delivered these messages, making it one of the most important communication protocols in the industry. But as the aviation industry has evolved with more intelligent aircraft flying—and generating—more data, there is growing congestion on the network. To enable these critical messages to get through securely, the ACARS roadmap has been adjusted to accommodate more modern technologies including ACARS over IP and the Internet Protocol Suite (IPS capabilities), which is quickly becoming an area of growing investment across the industry.

In addition, the evolution of IPS capabilities from IPv4 to IPv6 is expanding the users and devices that can communicate over the internet, including flight management systems that can send data through the traditional or SATCOM network to ground-based processors. To keep up with the fast evolution, industry partners are coming together to test IPS protocols and capabilities for the future.

Evolution from ACARS to IPS Communications

ICAO was one of the organizations that initially pushed for the development of IPS communications standards for the industry, and organizations like the Airlines Electronic Engineering Committee (AEEC) have continued to work to develop the standards for aviation technology to manage the global air space effectively. Initially, the Future Air Navigation System (FANS) was developed to deliver ATC messaging through data links. This is particularly important as an aircraft travels along oceanic routes that rely on satellite communications and use.

“Data communications are more reliable than voice communications and the delivery of these critical messages need to be fast,” Pragnesh Patel, Senior Manager, ACARS Svc and Avionics at Collins Aerospace, explained. “When an air traffic controller tells a pilot to make an adjustment while in air, traveling at speed, action needs to be taken immediately.”

A lag in delivering that message could result in more fuel burn, longer travel times, or impact from weather incidents, Patel explained. As the future of air traffic management continues to evolve to create more operational efficiencies, reliable and secure delivery of ATC messages will have even greater importance.

The move to embracing these capabilities for aviation is not new. It has been under development in Europe as part of the Single European Sky initiative and in the U.S. as part of the Federal Aviation Administration (FAA) NextGen initiative. With the FAA supporting the implementation of IPS capabilities, specifically for CONUS air traffic service messaging in the next five years or so, the industry is coming together to create a framework for IPS standards to ensure it is compatible with future IP networks like IPv6.

Collins Aerospace has played a significant role in collaborating with industry and government to create the next set of IPv6 standards that would help modernize air traffic management and the air space. The future roadmap for ACARS over IP and the development of IPv6 protocol standards will provide more consistency across the global industry.

“Earlier this year, our engineering team finished several standards related to ATN IPS and these were adopted by the industry,” Patel said. As the standards were being developed by the team and its collaborators, they demonstrated the viability of these solutions, Patel shared.

Flight Test in Motion with ecoDemonstator 2021

In late August 2021, a flight test was performed successfully, in collaboration with Alaska Airlines, Boeing, Collins Aerospace, FAA, Honeywell, and Inmarsat. The completed exercise tested for interoperability, media independence, and security of transmitting messages while in flight.

The Boeing ecoDemonstrator aircraft, Alaska Airlines 737, was modified for the flight test and equipped with terminals and routers that allowed for pilots to send ATC safety services data and messages across the Collins Aerospace network, leveraging IPv6 protocols through to two types of media: VDL Mode 2 VHF and SATCOM. Collins Aerospace developed the ground systems and provided the network and the IPS gateway systems, which are needed to integrate and interoperate with new IPS aircraft as well as legacy operation systems and legacy aircraft.

The latest flight test proved that critical messages could be delivered using end-to-end IPS communication in flight. The exercise also tested media switching between multiple types including VHF and SATCOM, with successful results. Additionally, the test demonstrated ACARS protocol conversion as well as connecting to legacy ACARS systems, delivering FANS over IPS and multi-linking and mobility. IPv6 inherently has end-to-end encryption built in, ensuring critical messages are secure while in transit from air-to-ground and from ground-to-ground.

With the successful flight test and demonstration completed, and the proof of concept under its belt, these industry partners along with FAA will study the data and determine what improvements or adjustments may be needed, Patel explained. After these adjustments are made, “a future test will be put into place to show prototyping,” he said. “If everything stays on schedule, we are looking at ATN IPS capabilities to be available for usage somewhere between five to eight years in the U.S. airspace.” That said, Patel noted that Collins Aerospace continues to track and monitor the technology and advancement and supports global initiatives for delivering data communications over IP.