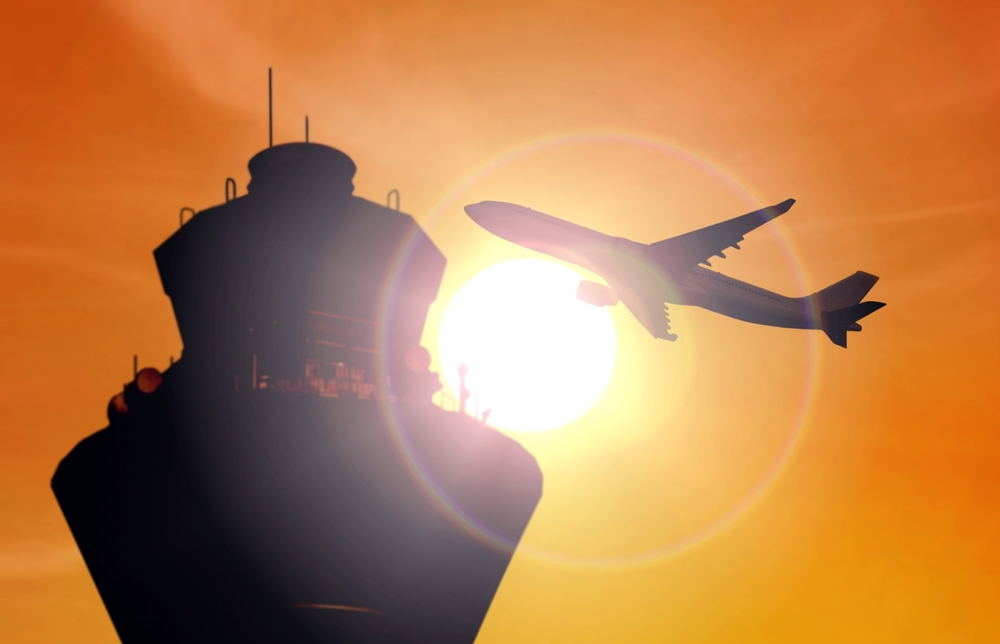 Making flying safer and more efficient is an on-going goal for everyone associated with the aviation ecosystem. One of the most critical elements keeping airspace safe and secure is enabling airlines and Air Navigation Service Providers (like the FAA) to efficiently exchange flight-related information.

Currently, much of the information exchange between Air Navigation Service Providers (ANSPs) and airlines supports cooperative planning and scheduling of the air space, which is also known as Collaborative Decision Making (CDM). But the continued need to fly more aircraft in the same, finite space has led to new initiatives designed to modernize global airspace. Programs such as the US NextGen and European SESAR are doing just that by extensively expanding CDM to support the airspace needs of the future.

One of the key components involved in updating existing airline and ANSP data exchange methods is the implementation of System Wide Information Management, or SWIM. SWIM enables ANSPs to share information with aviation stakeholders by using a standard protocol to exchange data globally. SWIM data exchange is more efficient and designed to meet future airspace needs.

While the transition to SWIM provides benefits across the entire aviation ecosystem, the change does impact many stakeholders, including the primary users of the data: airlines. Below are some common questions—and answers—that airline management teams are asking about the change.

CDM is a cooperative effort by the government and airspace users to optimize United States airspace. CDM allows for general aviation, airlines, and private industry to have input in Air Traffic Flow Management (ATFM) decisions.  All decisions are made with an understanding of how they will affect the National Airspace System (NAS) and its users.

Today, airlines play a large role in CDM by sharing information such as early intention messages and estimated off-block time, allowing Air Traffic Control to plan accordingly. CDM collaboration usually includes air traffic controllers, air traffic managers, and airline operations centers (AOC).  Much of the collaboration happens while the aircraft is on the ground and the previously mentioned groups can easily communicate.

For successful CDM cooperation extensive, real-time data exchange is required between these key stakeholders. Dedicated, secure connections are currently used. SWIM will replace these, while still meeting the security and availability required by the users.

In the past, limited airspace data has been available to external users and connecting to it has been difficult. As a result, custom engineering has been required to interface an airline’s system with the ANSP’s. And there were other issues. CDM could be disjointed as the dispatcher, pilot, and controller had no way of communicating with one another. These factors limited ANSP’s and airline’s ability to accomplish certain activities, such as automating the entry into the flight streams or filing flight plan changes. Before SWIM, there were fewer instances of sharing the critical information needed to advance air traffic management. ANSPs had little insight into factors affecting airline operations, for example, an estimate of when the final passenger would board the aircraft. There was also very little insight into messages between controllers and pilots that impact airline operations.

SWIM changes this. SWIM is the mechanism that unlocks data currently held in stand-alone systems, allowing for seamless information sharing to important stakeholders. For the aviation community and particularly ANSPs, it an integral component supporting the airspace modernization objectives defined by ICAO’s vision of future airspace needs.

3.  What impact will SWIM have on the aviation ecosystem?

SWIM provides ANSPs, airspace users, and the aviation community with information that was previously difficult to access or did not exist. Each stakeholder can improve its operations, increase efficiencies, and expand situational awareness by utilizing information services via SWIM. Additionally, SWIM enables seamless communication between air traffic managers, pilots, and airline operations centers, allowing each party to communicate items such as estimated time of departure or flight substitutions. Through information sharing and simplified communications, SWIM will set the stage for the next generation of air traffic management.

SWIM also provides the industry with a level of flexibility it has not had in the past. SWIM enables airspace users to ingest and utilize information that is unique to its operations, such as local weather or airport planning. Users can use in-house engineering or collaborate with third-party vendors to create tools that ingest only the SWIM data they need to maintain operations and increase efficiencies. And, data is provided in a standardized format that is uniform throughout SWIM.

4. What impact will SWIM have on airlines’ current systems?

The legacy CDM connections and applications provided by the ANSPs will be transitioned to SWIM. Airlines will have to update their own solutions or rely on third-party vendors who specialize in creating aviation operational support systems.

Third-party vendors can provide value by simplifying connections to SWIM and providing data translations to legacy AOC systems. Once that understanding is achieved, airlines can form a roadmap to upgrade or replace technologies used to maintain operations. Third-party vendors are working closely with the FAA to understand SWIM data, its impact on the airlines, and how it can add value and aid decision making.

5.  What impact will SWIM have on airlines’ future systems?

Ultimately, understanding how SWIM fits into an organizations’ enterprise-wide data strategy will be the biggest opportunity for airlines. Combining SWIM data into their business intelligence initiatives can bring benefits to an airline’s operation, safety, forecasting, customer satisfaction and more, surpassing what SWIM data alone can do for just the flight operations departments.

The aviation ecosystem is unique from most other information systems due to the need for higher security, availability, and integrity. These environments and platforms are being modernized at different rates, causing additional challenges for all of the key stakeholders and users within this ecosystem. As a result, airlines and other users may discover advantages to working with trusted and experienced partners that specialize in integrating with the proprietary aviation systems.

Mentoring the Next Generation of Leaders with “Introduce a Girl to Engineering” Initiative
The Role of In-Flight Connectivity in the Long-Term Aviation Recovery Process
VIDEO: Making the Case for a Stronger Airport Industry Emerging from Post-Pandemic Recovery

FlightPlan: Strategies for Recovery – The Health of the Industry Six Months Later