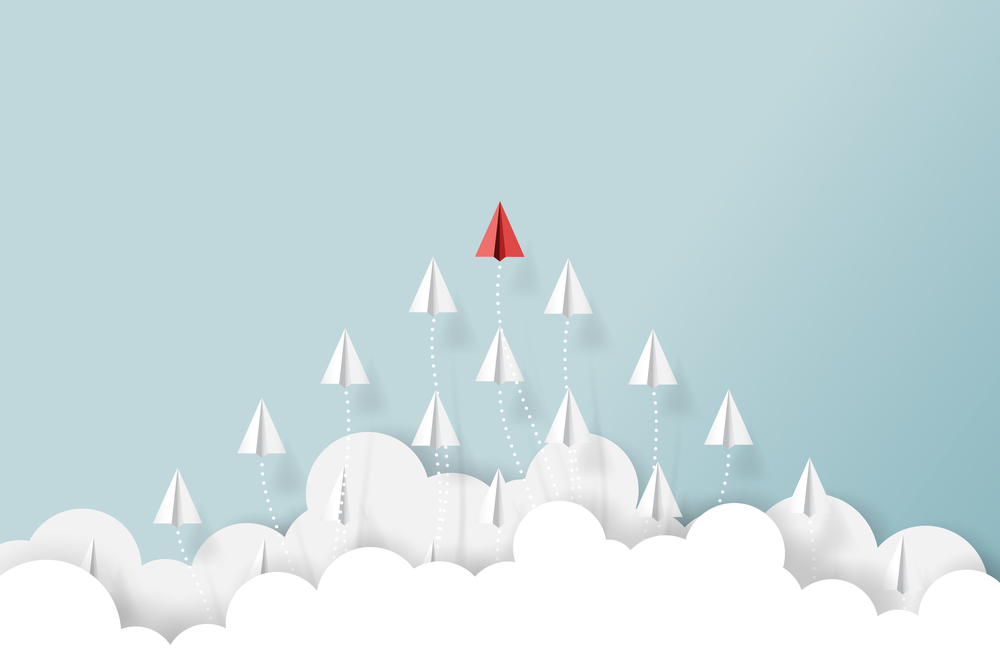 It’s not often in today’s environment, that an executive rises through the ranks of one organization across the span of 30 years. Yet, that is the path that LeAnn Ridgeway has taken in her career at Collins Aerospace. Born and raised in Iowa, she watched her parents excel in their careers at Collins Radio, which became Rockwell Collins, one of the premier employers in the state, and knew that she wanted to embark on a similar journey with the company.

“When I started, there was a lot of consolidation happening in the market and it was a tough time to break into – what at the time was – Rockwell Collins,” Ridgeway told us. Interestingly enough, her parents didn’t offer to help Ridgeway get in the door, wanting her to succeed on her own merits. Being persistent, Ridgeway sought out a path as a temporary hire and joined the company in 1988. That persistence has stayed with Ridgeway as she’s moved into different positions throughout her career.

In each new role, she learned as much as she could and discovered new ways to automate a process or create new efficiencies. And with each new position, Ridgeway would feel the stretch as she took on new responsibilities and challenges. But as a life-long learner, she was always up for the challenge, quickly becoming one of the only women to move into an executive leadership role at Rockwell Collins, now Collins Aerospace. “As I look back on it now, my experience was probably the equivalent of what we call a leadership rotation program today,” Ridgeway said. “Getting that broad-based experience early in my career, while it was easy to move around jobs, was very beneficial.”

Ridgeway became and continues to be a mentor for other women in her organization. “Being one of the highest female executives in Rockwell Collins and joining the ranks of a few more female executives at Collins Aerospace, I’m passionate about mentoring and helping other women rise up the ranks,” Ridgeway said. She often encourages women to advocate for themselves and not be afraid to take on new challenges that stretch their experience.

As Ridgeway continued to move up the ladder, she followed her own advice and embraced new opportunities that were presented. Ridgeway has played a key role in bringing together the company’s various business acquisitions into one integrated organization.

“Melding together eight different businesses, with their own corporate cultures, and bringing them together, improving processes, and ultimately, improving performance for our company and our customers was the goal.” It took nearly four years to accomplish and was a defining moment in Ridgeway’s career. She moved up into the executive ranks only 10 years into her career and was tapped again to take a leap and lead the company’s simulation and training business.

“It honestly was scary but the most significant moment in my career,” Ridgeway recalled. “I wasn’t exactly sure how I was going to do the job, but I wanted to prove to myself that my business and leadership skills were applicable across different areas of the business.” That leap taught Ridgeway so many new lessons about taking risks and being adaptable. “It proved to me that you have to be a life-long learner.”

The challenges and opportunities for Ridgeway only got bigger with time. Ridgeway now leads the Information Management Services business at Collins Aerospace but just prior, she led the acquisition of B/E Aerospace, the largest acquisition the company made before Rockwell Collins was acquired by United Technologies in 2018 to become Collins Aerospace.

Her excitement for aerospace and defense and its far reach is what keeps Ridgeway excited about aviation after a 30-year career. “It is so impactful when we think about what we do,” she shared. “Everything from enabling transplant organs to get where they need to be in a timely manner, to supporting our troops so Americans can sleep in their beds at night and feel safe and secure.”

“It’s amazing to see how far reaching the industry is,” Ridgeway said. “When you step back and look at it, there isn’t anywhere where this industry doesn’t have an impact.” And Ridgeway is right in the middle of one of the most exciting times for the aviation industry, as data and connectivity are dramatically changing the pace of innovation.

Information management and data is a game changer for the aviation industry and Ridgeway has a front and center seat as general manager for IMS at Collins Aerospace. “The change that we are going to experience in this space in the next five years will likely outweigh what we’ve seen in the past 90,” she predicted. Enhancing the passenger experience, is one of the driving forces behind the industry’s innovation from creating a frictionless experience at the airport, to in-flight connectivity for entertainment. Leveraging data is also helping operators increase efficiency for fuel, maintenance, and safety in the crowded airspace.

“Don’t be afraid to get outside your comfort zone and move around,” Ridgeway advised for others in the industry. Flexibility and risk taking are areas that Ridgeway believes the younger generation is equipped to embrace and believes that melding the ideas of young workers with senior executives is one of the keys to helping spur further innovation.