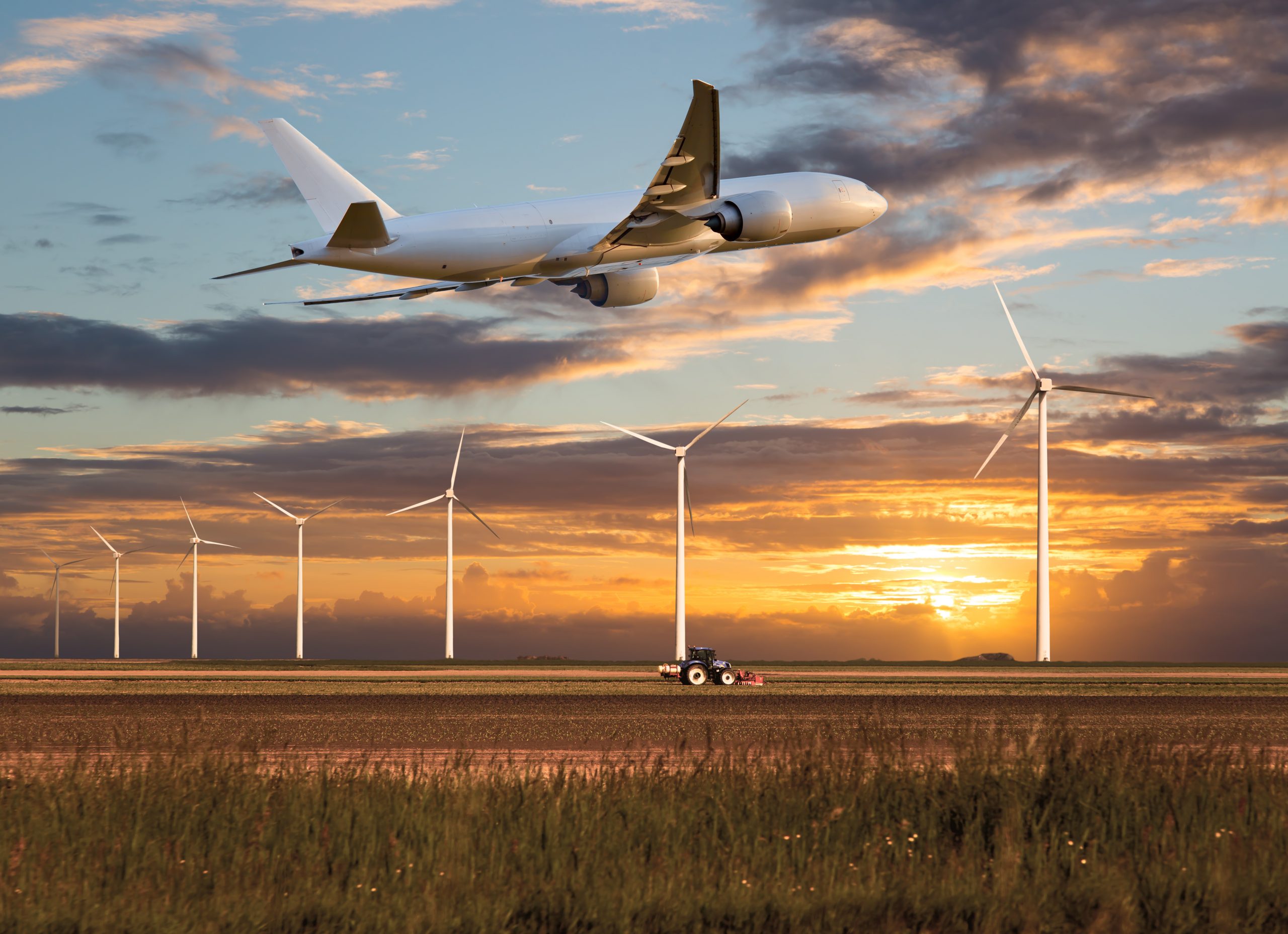 Henry Brooks, President of Power & Controls at Collins Aerospace, has his eye on the future of aviation. Overseeing this global business, Brooks’ team is at the heart of redefining aviation and aerospace as they create more sustainable, energy-efficient aircraft systems. This includes the future of an electric aircraft, which sparks great excitement in Brooks as he seeks to cultivate an innovative and diverse team to deliver on the future capabilities of power and control.

Yet, Brooks didn’t always know that he was going to be in the aerospace industry. He recently told us that he was “a son of the south” and growing up, “it was not uncommon for me to see these signs of water fountains for white or colored.” In fact, Brooks shared that his mother literally pulled cotton in the fields, his grandfather was a sharecropper, and his great grandfather was a slave. At the time, in Tennessee, Brooks said “institutional racism was very much alive and enforced” to the point that many kids of color were not even allowed to attend kindergarten. But Brooks’ path changed, and he found opportunities to pursue an education and find his passion in engineering.

Listen to how Henry Brooks started in the industry

Now in a leadership position as part of a global business, Brooks knows that he is uniquely qualified to create a diverse and inclusive team, which is critical to innovation. “While aerospace evolves, our country and the world continue to experience chilling examples that show that equal freedom and opportunity aren’t a reality,” Brooks commented.

“I’m fortunate enough to be in a position where I’ve mentored, promoted, and sponsored diversity inside and outside of Collins Aerospace and I encourage all in the industry to continue along this journey.” Brooks noted that the aerospace industry needs to consider the future traveler and customer and how they are evolving. From different age groups, ethnicities, genders, and identifications, that same diversity needs to be reflected on the business side where organizations are innovating for the future. “Those differences can actually help us to move to a brighter future and redefine a more inclusive industry. And that’s what excites me personally as well as from a business perspective.”

On the future of power and control for aircraft systems, Brooks sees endless possibilities.  “When you think about it, if it generates power or distributes power or it controls the environment inside of an aircraft or an engine for that matter, we are involved,” he said. This focus on electric power is at the center of creating an electric aircraft. “We are uniquely qualified to progress the evolution of the electric aircraft with power control systems, environmental and airframe control, and creating more efficient operations moving forward.” Brooks explained that the future desire is to augment gas turbine engines with electric propulsion enabling a more efficient gas turbine engine. This will improve environmental conditions and reduce the industry’s overall carbon footprint.

Brooks pointed out that currently, “three percent of the world’s human-generated carbon dioxide emissions and twelve percent, which is staggering, of CO2 emissions come from all transportation sources.” Electric power, according to Brooks, has the potential to “reduce aircraft noise by 85 percent, improve fuel consumption up to 40 percent, reduce carbon dioxide emissions by more than 20 percent, and reduce airline operating and maintenance costs by up to 20 percent.” That impact ignites excitement in Brooks that keeps him focused on the future of aerospace and making a change.

For the next generation of leaders that will be working on these issues, Brooks offers a few pieces of advice. He noted that in an industry like aerospace, there is a lot of brainpower. While it may seem intimidating, Brooks encourages people who are just starting out to own their ideas. “Even as a new person, it’s important to know that sometimes the lonely voice in the room is the right voice. So, own your ideas and own your voice,” he advised. He noted that often in a big organization, people try to blend in. Yet Brooks asks that people bring their authentic selves to work. “There is no question about it. You can only be the best you that you can be.” That means sharing your perspectives, taking risks, and facing tough challenges. According to Brooks, that is how to solve problems faster and is key to helping the aviation and aerospace industry advance in the future.