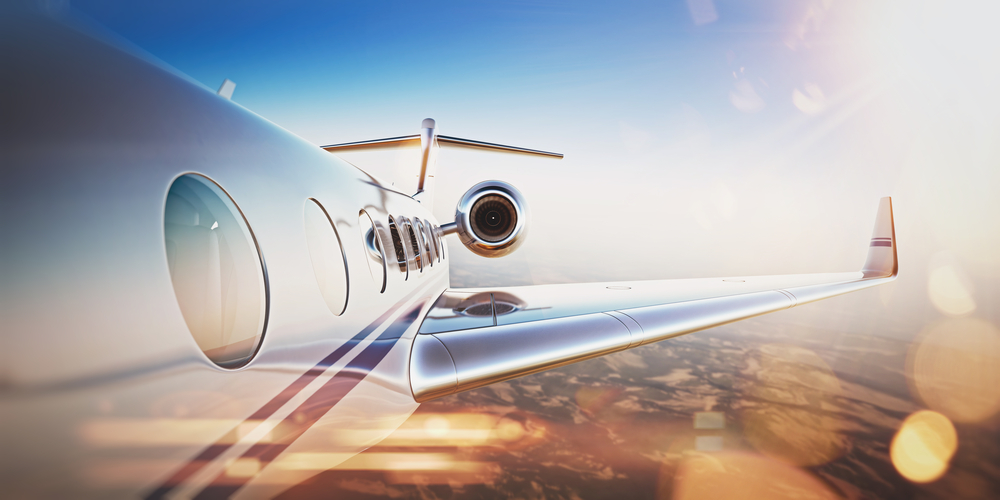 Every month as part of our Executive Spotlight series, the Connected Aviation Today team connects with an impactful voice in the aviation industry to learn about their unique career path and what advice they have for budding aviation industry employees. This month, we spoke with Amanda Ferraro, CEO of Aviation Safety Solutions, about her early passion for flying and safety – conveniently, the two go hand-in-hand – and how those passions led her to start her own company shaping safety best practices in the aviation industry.

Ferraro’s passion and interest in safety started at the tender age of 17 and was sparked under unfortunate circumstances; she fell head-first from three stories while participating in a ropes course at 17 years old. Thankfully, a friend thought quickly and changed her trajectory as she was falling and was able to prevent the accident from being fatal.

“What really stuck with me is that my accident was 100 percent preventable if the right safety precautions were taken,” stated Ferraro. This realization changed her entire career path. She understood the impact when the proper safety measures were not taken and experienced first-hand what it was like to lose her bodily autonomy, and re-learn basic functions such as being able to feed herself and how to write. “I have a very personal relationship with safety and if I can prevent anyone from going through what that recovery process was like, I’d consider that a win.”

She was set to graduate a year early from high school and attend college to become an equine veterinarian, but after her accident just a month before her scheduled graduation, she realized that what she missed most was being able to go up in her neighbor’s private plane for the occasional flying lesson.

Ferraro elaborated, “My neighbor was a Northwest Airlines captain and he taught me how to fly. I didn’t realize how much those lessons meant to me until they were taken away. He became a huge mentor to me and really ignited my passion for aviation.”

So, after five surgeries that summer, she started pursuing her degree in aviation, which she also completed in three years while also completing her requirements to become a flight instructor. Out of college, she accepted an internship with Atlantic Coast Airlines, but just before her internship was completed, the airline furloughed their first group of 500 pilots, so Ferraro was let go.

But her career really started to pick up steam when she began as a flight instructor with Colgan Air Services. Not only was Ferraro a flight instructor there – she also became their marketing coordinator and served as a charter pilot, giving her the opportunity to wear a few different hats in the aviation ecosystem.  In what seems like par for the course for Ferraro, she found herself in a situation where she could really apply her ambition and tenacity and gain the most value from her circumstances.

As her experience grew, she took on positions with Cessna, John Deere, and American Family Insurance doing everything from aircraft checkouts, to onboarding aircraft, to plane deliveries. She was even awarded a scholarship for women in aviation for the CAE 500 Series Citation Type Rating, despite pushback from less than progressive peers. That path brought her to where she is today as CEO of Aviation Safety Solutions. And of course, in true Ferraro fashion, she is keeping busy wearing many hats as a lead auditor for the International Standard for Business Aircraft Operations (IS-BAO) and a contract pilot in addition to running a business.

In such a robust and active career, it’s understandable that several defining moments come to mind for Ferraro. “The first time I trained in a jet was quite an experience. My instructor didn’t hold back and demanded that I ‘command the airplane!’ I gained some important perspective about flying in that experience. It’s either do or die and being able to take charge of a situation in an aircraft is crucial.”

She continued, “My international travel experience while I was at John Deere was also very eye opening for me. I was exposed to so many different cultures and lifestyles and it gave me such an appreciation for the freedom we experience in our country. This applies in a big way to how we handle emergencies and safety as an industry.

“But perhaps one of the most memorable moments in my career was the opportunity to be a mentor,” explained Ferraro. She recalled a time that a woman approached her at the Women in Aviation conference in 2018 and told her how her brief interaction with her years ago inspired her to chase a bigger role in the aviation industry and successfully pursue a coveted scholarship. “I soloed in an airplane before I was able to drive a car, thanks to one of my mentors. Being able to impact someone’s life so profoundly is special.”

When asked about what excites her most about the industry now, Ferraro was quick to say that the opportunity to educate industry players about new safety management systems is very rewarding. “When I take the time to teach people about how to implement a new system, I see the light bulbs go on. They learn that it doesn’t have to be complicated and can be extremely beneficial,” she said. “Seeing how they all improve with those implementations over the years is so exciting to me.”

As for advice for newcomers to the aviation world, Ferraro insisted that with passion and the right mentor, anything is possible. “You can do anything you want. Hard work and the right guidance will take you far,” she added.