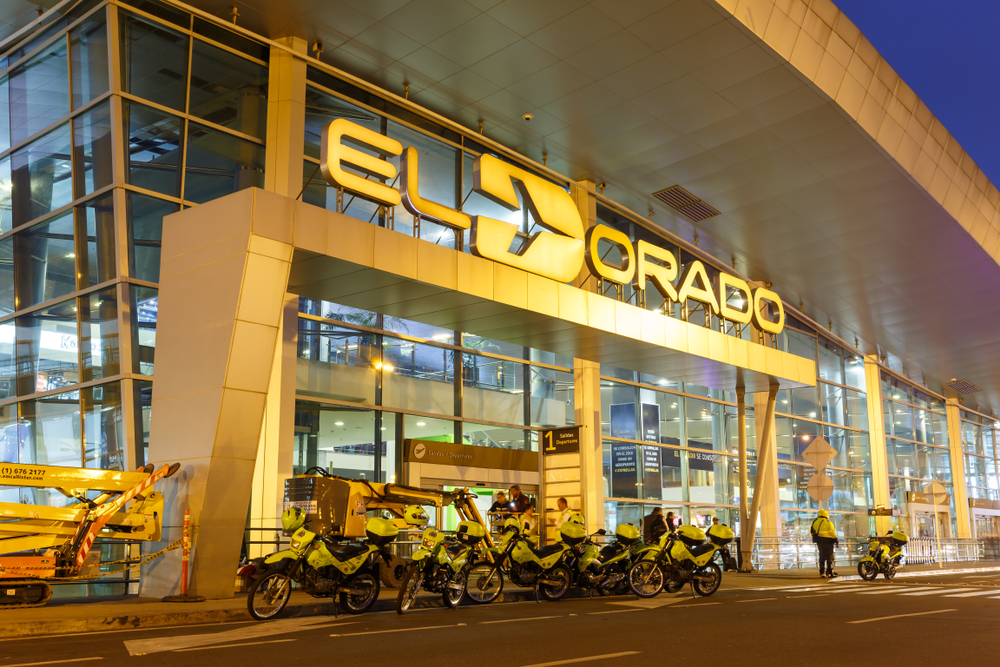 To shine a light on some of the leaders in the aviation industry, the Connected Aviation Today team regularly connects with various voices across the industry to capture insights and advice from seasoned industry veterans in our Executive Spotlight series. This month, we sat down with Alvaro Gonzalez, CEO of El Dorado Airport in Bogota, Colombia.

In addition to insight about his extensive career in airports and the various lessons learned in those roles, Gonzalez spoke with us at length about how his experiences as an aviation professional contributed to his ability to handle high-stakes situations in the airport setting. Having filled leadership roles in airports around the world, from Chile, to Vancouver, to Honduras, and now Bogota, he’s been able to develop invaluable skills that have shaped his approach to managing El Dorado Airport today.

Here’s what he had to share in our conversation with him:

Connected Aviation Today (CAT) Editors: What sparked your interest in aviation and how did you get to where you are today?

Alvaro Gonzalez: I’ve been working in the aviation industry for 26 years, but my love of airplanes and the world of aviation began as a child. To follow that passion, I joined the Chilean Air Force, which gave me the chance to fly. After a couple of years, I explored a new aspect of aviation and pursued a degree in airport administration. After graduation, I started working at the Santiago airport in 1993. I held several different roles before stepping up in the organization and becoming a duty manager. During this time, I went back to school to pursue a degree in applied economics.

At the same time, all these privatization processes started in Chile, including the Santiago airport. I became the liaison for the groups that were interested in investing in the airport. After getting to know these organizations, one of them offered me a job at the Vancouver airport when they were awarded a concession. I became part of that team and spent three years with this company, building and running the airport in a privatized manner, before moving on to Canada within their airport management training programs. The experience on the private side differed from my previous experience, with more of a focus on the passenger, and I learned quite a bit.

Shortly after, I moved to Central America, to Honduras, where the airport was looking for somebody that was bilingual and had experience in airport management. My career continued to South America and I moved to Quito, Ecuador where they were developing a greenfield airport project and I was working on the operations side on the old airport. My journey brought me back to my hometown, Santiago, when I started my own consulting company, working with several clients developing airport projects in the region.

I then joined a company based in Houston, a subsidiary of the Houston airport system, where I was the Director of Operations. I was brought on as CEO for a project based in Barranquilla, Colombia where I took over the privatization of an airport from scratch. I was there for two and a half years until they offered me the job here at El Dorado Airport.

Summarizing my experience, I refer to myself as an “airport guy.” It’s my passion and I have been able to constantly grow throughout my career because the industry is rapidly evolving. I feel that I am on the cutting edge of the aviation industry, always dealing with counterparts and colleagues around the world. I’ve also had the chance to see different business models, and that’s what’s informed my opinion.

Gonzalez: A lot can be learned from a crisis situation. We recently experienced this when we had an incident occur in our airport. A passenger arriving from Atlanta died of a heart attack at our airport, which, of course, is terrible on its own. And because the incident was easily visible to everyone in the airport our social media channels were catching fire. There were nearly 5 million posts on Twitter about the incident. That said, our airport was able to handle a very difficult situation.

The event prompted me to reflect on my career and other times incidents have happened on my watch. During a crisis, everything you have learned must be applied in a single minute. Those are the moments that test your decision-making ability. It is a wake-up call for you to be ready—and I try my best to be prepared for anything because in the aviation industry, you are truly dealing with life and death.

CAT Editors: What excites you about your role in the industry today?

Gonzalez: The ACI Annual Assembly was recently held in Bogota. It was focused on the Latin America and Caribbean regions. I was asked to be the host of the event and had the opportunity to participate in some of the panels and discussions.

What’s exciting for me personally is being I someone who is able to really contribute to the discussions we’re having in our industry. That’s very important to me and I try to encourage my team to do the same. I encouraged them to go travel and see how other airports do things. We are working hard to become recognized on a worldwide scale as an innovative airport and I think we have a lot to contribute to the industry, not only in the country but in the region. By participating, learning from others, and we are really progressing.

Due to their hard work, the team at my airport is gaining recognition and winning awards. We are now considered one of the leaders of our industry. For me, to be a part of that is really exciting.

CAT Editors: How do you see the aviation industry evolving in the future?

Gonzalez: The industry is an enigma. It’s so dynamic that it’s hard to predict, but one thing is certain, the whole aviation industry is changing fast. Implementing new technology is helping us stay on top of these changes. From new airliners, to new passengers from new destinations in the airport, nearly all systems are changing. Airport infrastructure needs to keep pace with these changes. Today, we’re talking about gathering data – data mining, data analytics, digitalization, etc. – and I think that’s the future

Gonzalez: The aviation industry is an incredible industry. It’s a reflection of a global world and of a state-of-the-art industry. So, my advice for the younger generation of aviation professionals is: the world is yours, go and get it. Take the opportunity to know other people from other cultures who speak different languages and work in different countries. If you embrace the opportunities presented to you, this is an industry that will reward you on professional basis and on a personal basis.