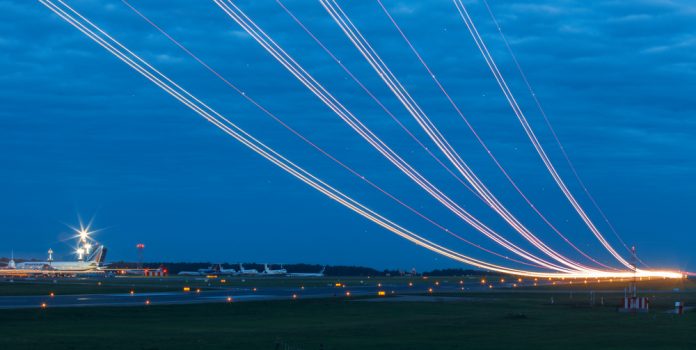 In March of 2014, a Malaysian Airlines flight from Kuala Lumpur to Beijing began to deviate from its flight path over the South China Sea before eventually leaving radar range northwest of Malaysia’s Penang Island. The plane vanished, and all 239 passengers and crew on the plane were considered lost.

There are few flyers that haven’t heard about Malaysia Airlines Flight 370 (MH370). It was a frightening incident that – while incredibly rare – served as a reminder that tragic things can still happen even in today’s technologically advanced aviation industry. And while the incident, itself, is widely remembered around the globe, few people outside of the aviation industry understand the repercussions.

In the wake of its disappearance, the International Civil Aviation Organization (ICAO) introduced the Global Aeronautical Distress and Safety System (GADSS) mandate, which incorporated mandatory flight tracking to ensure that the world never lost the location of a plane again. When they introduced GADSS, ICAO said it would “…maintain an up‐to‐date record of the aircraft progress and, in case of a crash, forced landing or ditching, the location of survivors, the aircraft, and recoverable flight data.”

“By reducing or eliminating delays and streamlining procedures, airlines can reduce compensation claims, eliminate overnight hotel stays for flight crews, and decreasing other expenses associated with delayed or canceled flights.”

While the adoption of GADSS is mandatory and has been the de facto standard in the aviation industry for the better part of five years, not all airlines were excited about its introduction at first. For some, flight tracking was just another system in addition to a multitude of different systems and applications they had to purchase and integrate into their operations. And it was a system that really only had one use case – tracking planes.

However, many airlines that may have adopted flight tracking because of ICAO mandates are starting to sing a different tune. That is partly due to an industry-wide embrace of analytics and also due to technology improvements that have enabled flight tracking to be much more than originally intended.

Flight tracking = increased efficiency
The commercial aviation industry has grown accustomed to operating on razor-thin margins and finding ways to remain profitable despite rising costs and increased expenses. This is especially true today, at a time when inflation and high oil prices are further cutting into airline bottom lines.

In this environment, any opportunity to increase efficiency, eliminate waste, and improve operations is welcomed, as it can help reduce expenses and increase profitability. This is why data and data analytics are among some of the hottest technologies in aviation today.

Smart airlines are looking to use data to help increase operational efficiency and identify areas where procedures and processes can be improved or streamlined to deliver cost savings. These airlines want their flight tracking solutions to be more than just a basic flight tracking system but rather, be a source of valuable intelligence that can provide additional data about their flights, aircraft, and operations.

Having more transparency into real-time aircraft location can help reduce airline fuel expenses. For example, flight planning used to involve planning for fuel load from airport to airport. Today, data availability and quality have made it possible to plan from runway to runway. Understanding the flight paths of aircraft arriving and departing an airport can help achieve an optimized fuel load with runway-to-runway accuracy that can save an airline millions of dollars per year.

Better intelligence into aircraft location can also help to eliminate costly delays. More precise information on arrival times can ensure that maintenance crews are on standby to service the aircraft and prepare it for its next flight. It can also ensure that airline personnel are waiting and ready to welcome flights, reducing the time aircraft wait at the gate and passengers wait to disembark.

By reducing or eliminating delays and streamlining procedures, airlines can reduce compensation claims, eliminate overnight hotel stays for flight crews, and decrease other expenses associated with delayed or canceled flights.

New advances in flight tracking technology
While airlines are clamoring for more data that they can use to improve their operational efficiency, they don’t want it at the expense of having yet another application on their flight decks. They don’t need another tool for their overloaded dispatchers and other Operational Control Center (OCC) staff members. Those individuals are already using a number of different systems. Instead of six disparate systems with one function each, they want one system that does six functions.

These new solutions provide airlines with the information they need to route their aircraft better and more effectively. They can provide the data that airlines need to identify a new landing location for an airplane if it needs to be diverted. They can deliver real-time weather and airspace intelligence information that enables airlines to avoid congestion or turbulence. And they even offer alerting capabilities that enable airline personnel to focus on the planes that need attention instead of trying to track dozens of airplanes at one time.

That sounds great, but how can one solution be used by so many individuals across the airline? Wouldn’t that put information and controls into the hands of employees who don’t need them and shouldn’t have access to them?

Thankfully, that’s not a problem because this new generation of flight tracking solutions has the ability to give different employees roles with varying levels of permissions. This ability allows different employees within the airline to have select access to disparate parts of the tool. This ensures that dispatchers, maintenance crews, duty managers, and other employees can all benefit from the same tool.

“…many airlines that may have adopted flight tracking because of ICAO mandates are starting to sing a different tune. That is partly due to an industry-wide embrace of analytics and also due to technology improvements that have enabled flight tracking to be much more than originally intended.”

Finally, today’s airlines need to ensure that their data is accurate and trusted. If data is going to be analyzed and used to make mission-critical decisions, that data needs to be true, and it needs to be consistent across all systems and applications. The new generation of flight tracking solutions are designed to provide airlines with that one source of truth – and are built to natively integrate with all other systems to ensure they’re all working from the same accurate data.

The concept of flight tracking may have resulted from tragedy and may not have been universally lauded when it was mandated by the ICAO. However, smart airlines see flight tracking as more than a tracking tool to keep tabs on aircraft. They see it as an answer to multiple problems and a data source that can be used across the enterprise. This is why a new generation of flight tracking solutions was necessary and why we’ll continue to see flight tracking data leveraged as an operations decision support tool moving forward.