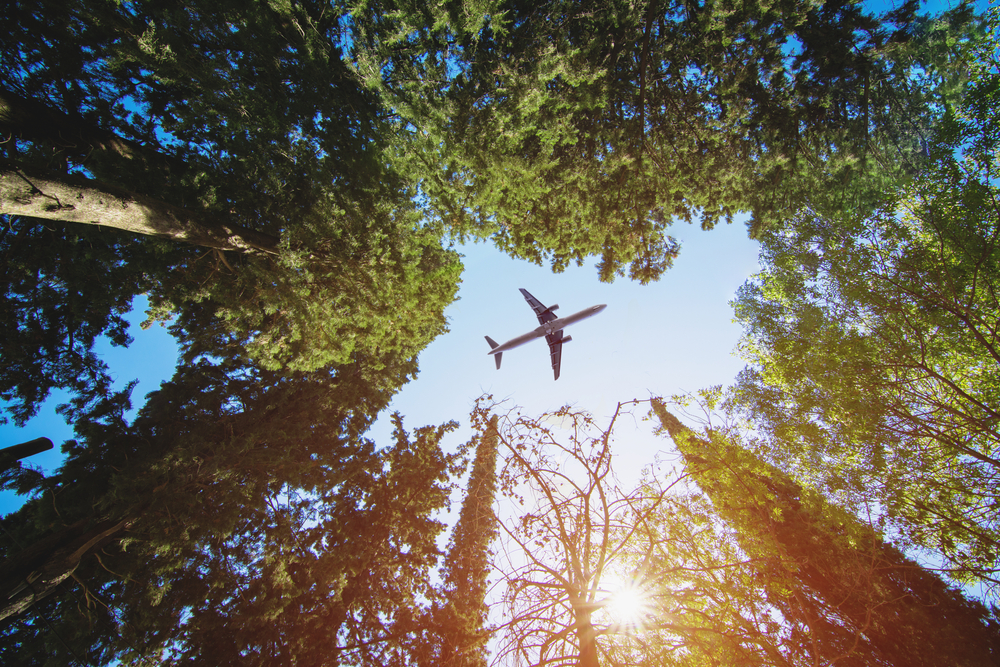 A hot topic in the commercial aviation and aerospace industry is sustainability and the innovations that will help the industry achieve its net zero goals. Last month, the European Union took the lead on climate policy, outlining a strategy to cut emissions drastically over the next decade. China and the U.S. have also committed to achieving net-zero emissions. So, what have the aviation and aerospace industries put into place to make sustainability and net-zero goals a reality?

During the Farnborough International Airshow 2021, Chief Technology Officers from Airbus, GE, Boeing, Safran, Rolls-Royce, and Raytheon Technologies came together to discuss the latest efforts to reduce emissions. Many explained that net-zero in aviation was a significant goal for each of their organizations and to achieve this level of sustainability in aviation, would not only require technical innovation but also require collaboration between all industry leaders and government.

Mark Russell, CTO of Raytheon Technologies, explained that “as we think about the third era of aviation,” a sustainable future requires continued advancements. For Raytheon Technologies there are four main pillars of focus, which include continued advancements in jet engine efficiency, extensive use of sustainable aviation fuels, widespread adoption of hybrid-electric propulsion, and optimizing aircraft flight trajectories.

Russell went on to explain that reaching the net-zero goal requires a path where jet engines operate more efficiently and with reduced emissions, which the Raytheon Technologies team is working on with its Pratt & Whitney geared-turbofan architecture, smaller more efficient engine cores, and the improvement of engine thermal efficiencies. He also called for the aerospace and energy industries to support alternative fuel solutions such as sustainable aviation and hydrogen fuels. Russell and his company’s engineers also are working to develop hybrid-electric propulsion systems that pair gas turbines with electric motors in a smart way to optimize power-plant efficiency. Finally, Russell pointed to the importance of optimizing aircraft flight trajectories, with more intelligent aircraft avionics, automation in air traffic management systems, and advanced air-ground datalink communications, all of which will improve fuel consumption and emissions. The continued innovation from engineering teams will positively impact the future goals that have been set for net-zero emissions.

Boeing is following a similar path to meet the net-zero goal. The company’s CTO and GM, Naveed Hussain said that “by 2050 we see a world where we carry 10 billion passengers a year, support 180 million jobs and generate 9 trillion dollars in economic activity, all while minimizing the impact on our planet.”  To decarbonize the future, as Hussain sees it, requires a renewal of fleets with new efficiencies that reduce fuel and emissions by 15-25 percent.

But these efforts will require support from all aspects of the aviation ecosystem. With half of the world’s major carriers already committed to reaching the net-zero emissions target by 2050, it is a step in the right direction. “Decarbonizing aviation is a significant goal for all of us around the table today,” Sabine Klauke, CTO of Airbus said referring to the panel of CTOs. “We clearly have the right level of ambition to accelerate and progress in the regulatory framework in the public policy support. And the technology pathways to secure the industrial ramp up and to ensure economic efficiency.”

With a common goal in place, collaboration among these leaders and the entire aerospace industry is critical. Paul Stein, CTO of Rolls-Royce noted that the collaboration also needs to extend out of the aviation industry so that leaders can learn from other industries trying to reduce carbon emissions. “There’s a huge scope of innovation here,” he said. “It’s a massive industry and don’t forget in aviation we use pretty much the same chemical formula as we do for agricultural diesel or home heating, so the amount of innovation that’s going into this area is massive. And we in aviation will be leaders but also benefit from other industries using it.”

Achieving net zero goal will take a significant commitment from the industry but there are many that have been dedicated to finding innovative technical solutions to help reach this goal. While there will be challenges ahead, this group of CTOs has committed to helping solve the problems that lie ahead.